Method. Microseismic Monitoring of MultiStage Hydraulic Fracturing (MHF) is a passive observation method that involves microseismic data recording, with a compact array located on the daylight surface in the epicenter of the emission source area, and further processing and analysis of the recorded microseismic events.

Data Acquisition.The applied scheme of microseismic monitoring provides control over the reservoir behavior including 24 hours monitoring before MHF and 24 hours after MHF. Mobilization time of a seismic field crew is up to 3 days, and demobilization time is one day.

Figure 2. Single-Channel cable-free and real-time RT2   system Data acquisition system.  The antenna consists of a geophone array (the antenna aperture is approximately 1000 meters), which must be buried in the soil to a depth of 1-2 meters depending on the subsurface conditions. Key advantages of the method (Figure 3) include its flexibility, fast deployment, high resolution, low transportation and acquisition cost, and budget-friendly processing of acquired data. The distance between the sensors should be about 50 meters.

The array has the capacity to provide MHF in 7 parallel horizontal wells with a length of 1 km, located at about 300 meters distance from each other (Figure 3) 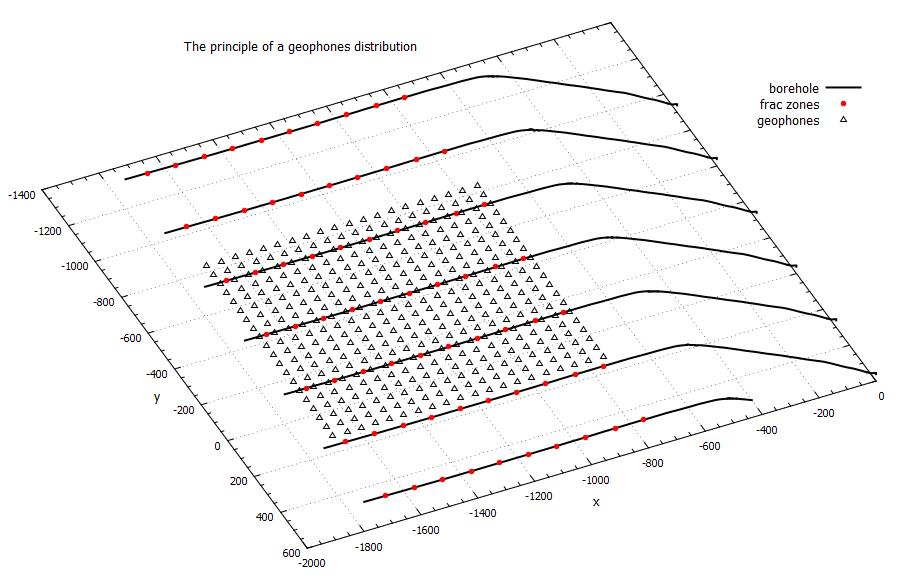 Monitoring results. Kinematic characteristics of the events. One of the key tasks of hydraulic fracturing monitoring is to identify the geometry of the fracturing zone that was developed during well simulation. Microseismic monitoring provides critical parameters such as length and azimuth of the fracturing zone that can be assessed with regard to the position of hypocenters of microseismic events developed during monitoring. An example of the fractured zone mapping and determination of the azimuth of the fracture volume distribution is shown in Figure 4. Additional information about the fracturing process can be obtained with visualization technologies that provide valuable insights into fractured zone formation and distribution processes using both static images (Figure 5) and time lapse video.

Monitoring results.Dynamic characteristics of the events. Each microseismic event can be described by a set of parameters. Apart from the event coordinates and the occurrence time, relevant energy parameters can be calculated (absolute energy, magnitude, energy of isotropic compression/extension, energy of maximal separation/compression/shear tension, etc.) Energy parameters are calculated based on the seismic moment tensor which can be represented in the principal axes as three perpendicular vectors. Figure 8 represents microtensions distribution in the area of microseismic emission development with main tension axes directions (seismic moment tensor) during hydraulic fracturing operations. The figure shows the maximum value of the seismic moment tensor; its length is proportional to the energy.

Monitoring of filtration activity. Multistage hydraulic fracturing (MHF) in horizontal wells is a well-known technology and currently is a widespread mechanism for hydrocarbon recovery. Traditionally, microseismic monitoring is applied for source characterization of microseismic events generated during hydraulic-fracturing. However, this application does not provide information about the efficiency of each port. Passive monitoring based on MSPRM method performed after MHF (Figures 12-13) allows recording  of microseismic events near the producing ports. The investigations of fluid movement profiles in the well demonstrate that the only three producing ports in this zone were the ports where microseismic activity was observed. 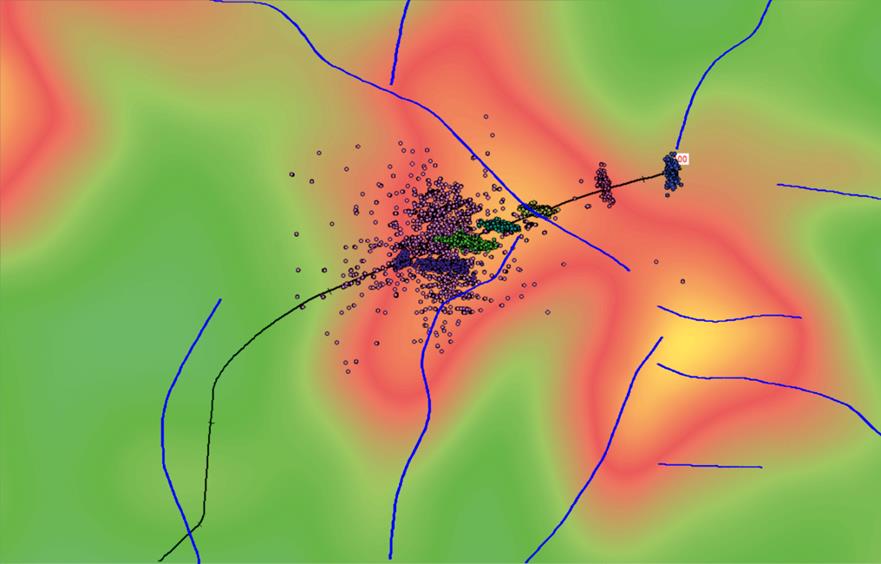 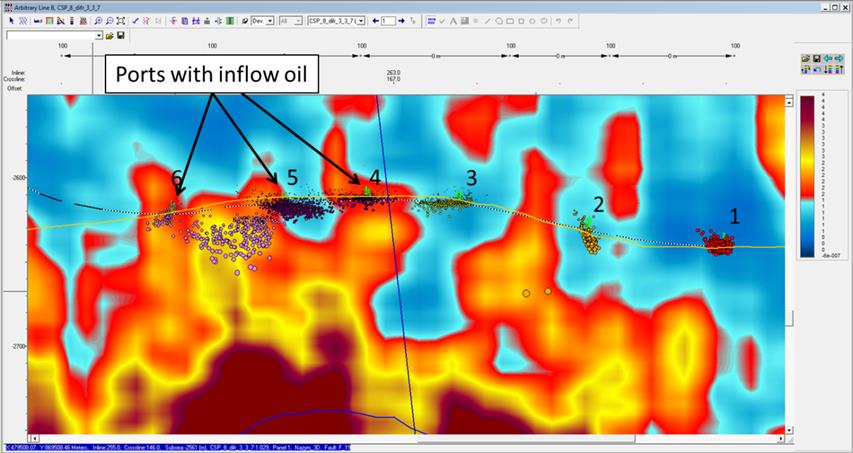 Figure 13. Scattered waves cube section along the seismic line passing through the horizontal well. Bazhen formation. The ST-FracArray technology has been tested on 45 oil fields.